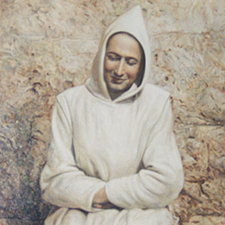 was born in the 9th of 1911 in Burgos (Spain) where he was also baptized and was confirmed. There he began his studies in the School of Jesuit Fathers and received the Eucharistic for the first time in 1919.

Gifted with a precocious intelligence, from his very early childhood, he showed evident signs of his inclinations towards God matters. Over those years, he received the first in terms of what it would be his destiny and companion: the sickness which obliged him to interrupt his studies. After having overcome it, his father, in thankfulness of what he considered a special intervention of the Blessed Virgin, at the end of the summer of 1922, he took him to Zaragoza where he consecrated him to the Virgin of Pillar, a fact that did not cease encouraging Raphael´s spirit.

When his family moved to Oviedo, there he continued this middle school studies. When he finished them, he enrolled in the Advanced School of Architecture in Madrid.

With a brilliant intelligence, Raphael was endowed with outstanding abilities for friendship. At the same time he grew up and developed his personality, his spiritual experience about Christian life also grew up. 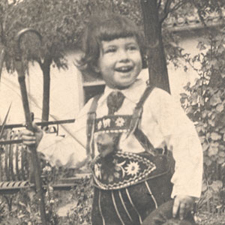 Raphael as a child

With his well-disposed heart, God wanted to arouse the invitation to a special consecration to a monastic life.

Having got in touch with the Cistercian Monastery of Saint Isidro of Dueñas – his Trapa- he felt greatly attracted to what he saw in the place that corresponded to his more private wishes.

God wanted to challenge him with a painful illness – diabetes mellitus – which made him abandon the monastery three times and where he came back the same number of times in the sake of a generous and faithful answer, truly heroic, which he considered to be the call of God.

Sanctified with the joyful fidelity for the monastic life and with the loving acceptance of the plans of God, he consummated his life in the early morning on the 26th April, 1938, having recently reached the age of 27, being buried in the graveyard of the monastery.

Soon his reputation of saintliness spread unstoppable across the monastery walls. 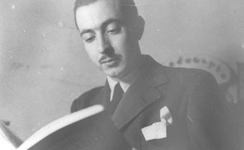 With the fragrance of his life, his many written works keep on becoming diffused with a great acceptance and properly for those that thanks to them get in touch with his spirituality.

On the 19th August 1989, His Holiness John Paul II held him up as a model for the youth in Santiago of Compostela on the occasion of the World Youth Day, proclaiming him as a Blessed on the 27th September 1992 in the Saint Peter Square in Rome together with other servants of God. 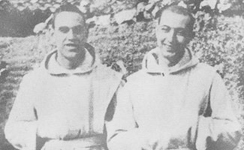 His Spirituality, so rich in nuances, is polarized in the search of God that is getting more and more dominant in his life and he expresses with a phrase all of his own with which he seems to say everything: “Only God!. God fills up all his life. Out of Him, nothing makes sense.

For this reason, Raphael´s life is a testimony of the significance of God, and the absoluteness of God. Not a God about whom many things are known, but a God experienced in life and who has fascinated him.

Thus, fascinated by God, he found out that the monastic life was “his” way, because he sensed that God called him to live only to seek Him in a hidden life, that of the “not-self”, in order to be just for God

Thirsty for God, his only ambition was to live for love because he was a man made to love and because all what God wanted was his unselfish love for nothing. And he wanted that his lifer was not another thing than an act of love and he wanted to love Jesus in frenzy, as his own expression, he would rather stop living if it were possible to live without loving Him.

These expressions that might seem to be a mere pious ambition, empty of content, in Raphael they had a real deep meaning, as he had the chance to demonstrate it over his life, above all when he had to undergo the harsh proof of illness which obliged him to abandon the Monastery, destroying his illusions, going back so many other times to resume his monastic life.

In effect, the illness was the crucible where God wanted to mould him.

By this means, Raphael discovered the way of the cross that God offered him as the only option.

On the Cross, he discovered his treasure, this rest. On it, he discovered that God was there and he would change it either for nothing or nobody, as he used to say.

He loved it until the paradox of feeling absolutely happy because he felt totally miserable.

Being purified in love and pain, Raphael with his jovial charm, sociable and attractive for all those that used to talk to him, became more and more transparent to God every day, to his Spirit and to the mankind.

Another picture of Raphael

He is the fruit of a sincere humility, learnt through the light and the contact with God, who does not tolerate a defect in the heart folds.

In the end, another very meaningful note of his Spirituality is his soulfully love for Mary who was at the heart of his path unto God.

It is from Her that he receives help, light and comfort. With Her, he builds a relationship full of trust, simplicity and affection. His written works – letters and opuscules – that he never did for publishing, have been captured in the book entitled: “Vida y escritos de Fray María Rafael” and recently in “Obras completas”.